Songs written in San Francisco, Portland, Vancouver, and Los Angeles from September 2011 to August 2012. Recorded at home in Glendale, rehearsal space in Echo Park, and friend's apartment in Brooklyn from August 2012-October 2012.

I need to babble about this incredible evening before I pass out.

Sam, Hsingii, Zizzo, and I went to see Sigur Ros perform at the Hollywood Forever Cemetery. I've never seen a band perform in a cemetery, but Sigur Ros seemed like the most appropriate act for such a strange undertaking.

*Side note: Before going inside the cemetery, Sam realized that his tickets were missing. After an hour of backtracking where we'd gotten food and drink, he desperately returned to the venue to figure out a way for him to enter without his ticket. He then found out that someone had found this tickets on the street in Silverlake and drove down to the cemetery to leave them with Will Call. An unbelievably kind gesture from a stranger. I can only imagine that they were karma points coming back to Sam.

That band installed amps that replayed stories people told about losing someone close to them:

They also decorated other parts of the cemetery for the evening:

I've seen Sigur Ros perform a few times over the past 6-7 years, but this was the most intense experience I'd ever had seeing them. The audience was allowed to set up picnic areas on the grass, so we comfortably laid around munching on snacks and drinking cheap wine. There were quieter moments during the show where I laid on my back and stared into the sky, trying to keep it together. Their louder moments, as always, hit me like a bulldozer of sound and light.

I was pretty overwhelmed by the end of the night and grateful to still be moved by a band on a stage.

Another year, another Comic-Con.

In case y'all didn't know, I was starting most of my days since December 2011 scribbling character drawings.

While the warm-ups have been a blast, I'll be taking a break from them to concentrate on another project.

Here'a a round-up of the drawings:

I used to post monthly mixes here from December 2007-2009. I'm digging up the old habit today to commemorate the end of a tumultuous year. 2011 was yet another difficult one for most people I know. Without going into details, this year brought me to extreme highs, lows, and [in the past few months] highs again. This mix is just a small chunk of music that helped me get through the saddest hours. I hope you can find a song or two here that'll bring you an iota of the joy they've brought me.

For the past couple of months, I worked on a full-length motion comic for Amazon Studios called The Alchemist Agenda. The movie can be streamed/downloaded here.

Although it was initially conceived as a "test movie", it eventually took a life of it's own thanks to the herculean efforts of The Hive, a production house of super-talented editors, producers, and artists. I had the immense pleasure of working with Art Director Matt Hill, animator Nick Kunin, and artists Eric Koda, Alain Norte, and Darron Price. I'm proud of everyone's efforts and hope this "test movie" eventually becomes the giant Hollywood action blockbuster it deserves to be!

More info on the project can be found at writer/director Marty Weiss' blog, The Road To Alchemy. 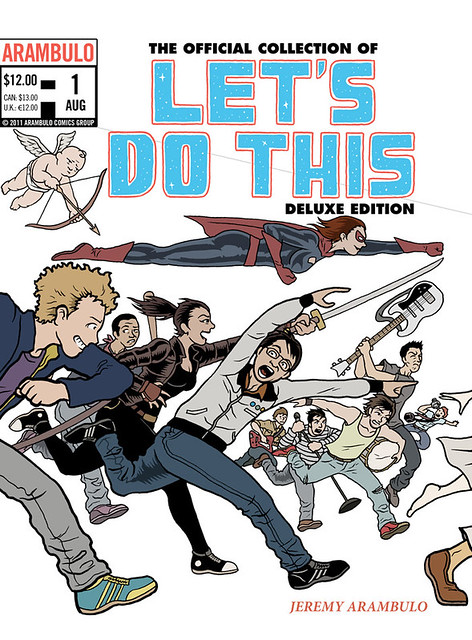 My collection of minicomics, drawn between 2005-2011, is finally available to order print-on-demand at Comixpress! It's 182 pages of tomfoolery for $12.
Collapse